What Denver Property Owners Ought To Know About Box Elder Bugs

Let’s face it, there are a lot of different bugs in the world. So many, in fact, that we often don’t pay them much mind unless they’re directly affecting our lives. Certain nuisance pests tend to get a pass while we focus our sights on more destructive or dangerous pests. One such nuisance pest here in Denver is the box elder bug. While they do invade in large numbers and can kill trees if left to their own devices, box elder bugs are largely overlooked when it comes to pest control in the Denver area. Maybe it’s because they aren’t as dangerous or as unsightly as pests like rodents or cockroaches. Letting box elder bugs run free on your property does come with some drawbacks. You should know some box elder bug prevention tips to keep your Denver property free from this little pest. 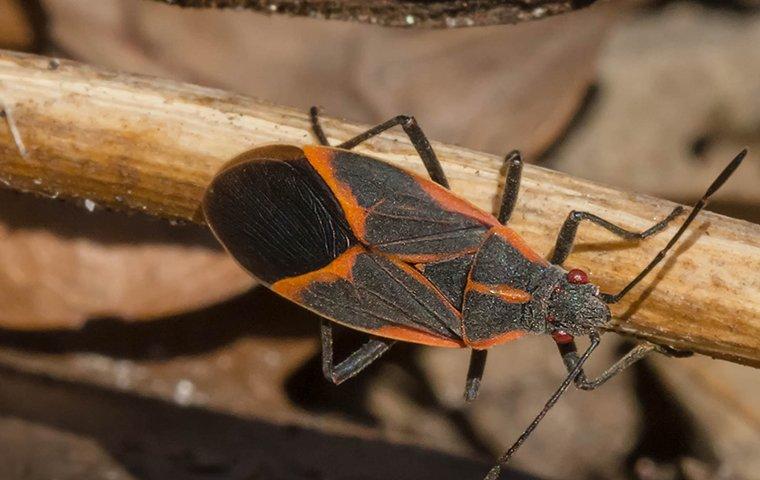 Box elder bugs are small, pill-shaped bugs that are predominantly black with reddish-orange markings. They have six legs, antennae, and wings. Box elder bugs can fly. A single box elder bug may not be cause for much concern but since they don’t tend to travel alone, box elder bugs invade in massive numbers.

During the Spring and Summer months, box elder bugs tend to remain outside as they live and feed on certain trees and plants. When the weather begins to turn cold in the Fall, box elder bugs will make their way inside of homes. Once inside, they will generally seek out places to warm themselves such as in windows and other areas with a lot of sunlight.

Unfortunately, it doesn’t get much better when box elders come inside our homes, either. That’s because box elder bugs are known to stain fabrics with their excrement or when they are smooshed. This means if box elder bugs get into your Denver home, they could ruin upholstered furniture, curtains, rugs, bedding, and any other fabric in your home.

How To Prevent Box Elder Bugs?

The best method for keeping box elder bugs out of your Denver home is to block or seal any potential entry points. To accomplish this, you should:

If you have any further questions regarding box elder bug prevention on your Denver property, or if you are currently dealing with a box elder bug infestation, contact the professionals here at Beeline Pest Control right away for assistance.

Here at Beeline Pest Control, we’re fully equipped with both the knowledge and the experience required to effectively eliminate any box elder bug infestation you are dealing with. We will work with you to better protect your home from future infestations.
Don’t let box elder bugs invade your home. Give us a call today.

Beeline Pest Control received an average rating of 4.3 out of 5 stars from 145 reviews. 4.3