How To Keep Hornets And Wasps Away From Your Denver Yard

Wasps are one of the most frustrating pests to deal with around your Denver yard because they can be so terrifying. These stinging insects have the ability to sting and inject venom, and this makes them dangerous to have around. Some species in the area can even sting multiple times in a row which means that even people who aren’t allergic can end up in the hospital. 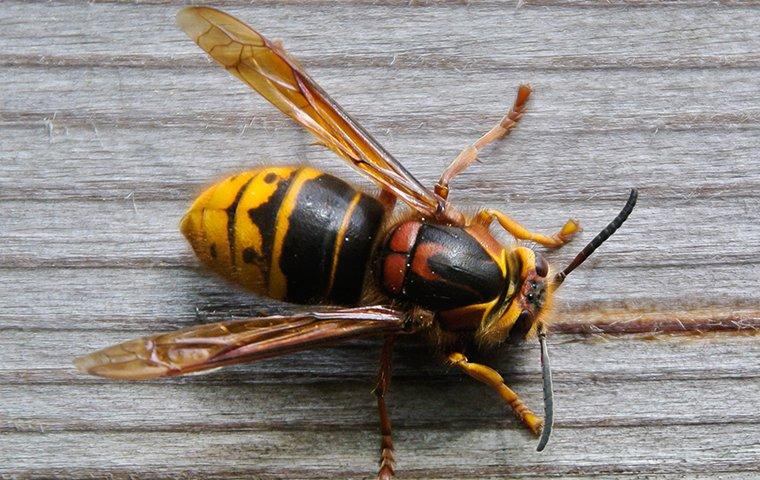 Because wasps are potentially dangerous, it’s helpful to know what you can do to deter them and protect yourself and others. In this article, you’ll learn the most impactful wasp prevention steps.

To start with, you’ll need to understand how to identify wasps and tell them apart from similar insects, such as bees. It’s also important to note that hornets and yellow jackets are just subsets of wasps.

Overall, you can tell wasps apart from bees by looking at their shape and their texture. Wasps have a very long, lean body shape, even though there are variations between specific species, while bees have rounder bodies. Wasps are also sleek and hairless while bees are known for their fuzzy look.

As far as coloring, different kinds of wasps can have varying stripes and patterns, but they tend to be yellow to red stripes with a brown or black base.

What Attracts Wasps To A Yard?

Overall, the factors that attract wasps aren’t really that surprising. Like many pests, they mostly come around in search of food and water, and for wasps, food means access to flowering plants. Wasps are going to be more attracted to properties that have ample kinds of flowering vegetation including fruit trees and flowers. However, they can also mistake sugary drinks and food items for nectar which means that things like eating outside and having bird feeders can draw them in.

And, just like most animals, wasps also need access to water sources. These water sources can be anything from pools of standing water to hot tubs and water fountains.

Now that you know the factors that attract wasps, including hornets and yellow jackets, to your Denver property, you can take steps to prevent them. The best ways to deter these stinging insects include focusing on reducing or eliminating water sources and food sources.

How Can You Remove An Existing Wasp Problem?

Taking preventive measures against wasps is a helpful way to protect your property from them. However, if you already have wasps, it’s not safe to try to remove them on your own. Trying to remove a nest is when you're most likely to be stung and even nests that look inactive might not be.

Don’t put your safety at risk. Instead, let the pros at Beeline Pest Control remove wasps from your yard using our safe and effective methods. We also provide ongoing residential pest control options. Contact us today to request a free estimate!

Beeline Pest Control received an average rating of 4.3 out of 5 stars from 155 reviews. 4.3